A Double Diamond Quilt Variation – Made with Dad’s Clothes

By using men’s clothes in this bereavement quilt, I was introducing a variation of the usual Kaffe Fassett’s popular double diamond pattern.  I chose this pattern because of the lovely ties but also because I only had a few of them. I thought they would make an interesting frame for the plainer elements of the quilt, while I could use some of his plainer shirts to frame the more colorful items, such a rich brown sweater and a blue and green striped shirt.  Kaffe Fassett himself shows this pattern with variations such as using pastel materials as opposed to bright floral ones. But I’d never seen one made with men’s clothes.  The result was a muted, elegant throw which his daughter Sejal loved. 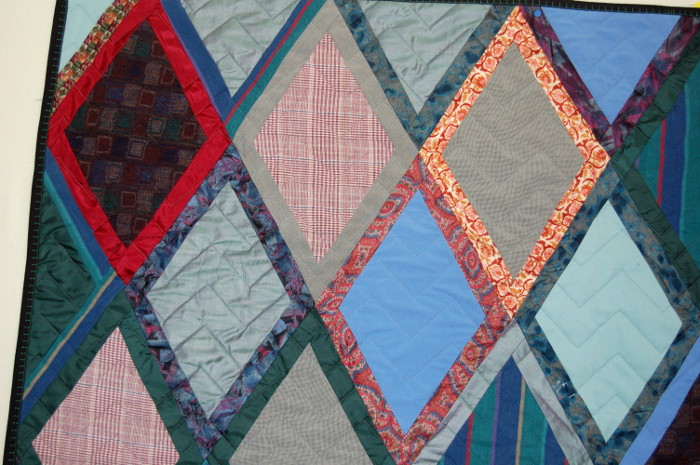 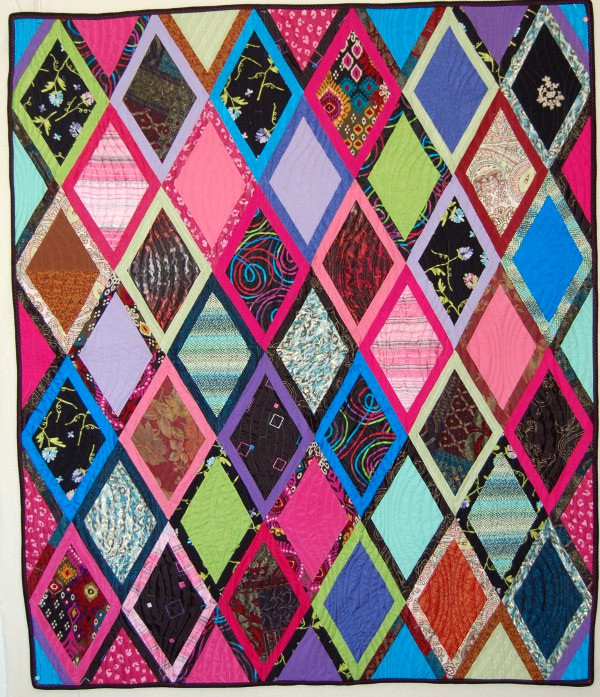 Yet Another Double Diamond Quilt Variation

When I made the quilt above for the daughter of the mother who wore these clothes, I also made one for her son. This mother was a dedicated church member who rarely missed a Sunday service and her daughter said she always liked to look good – the result many beautiful jackets and blouses. 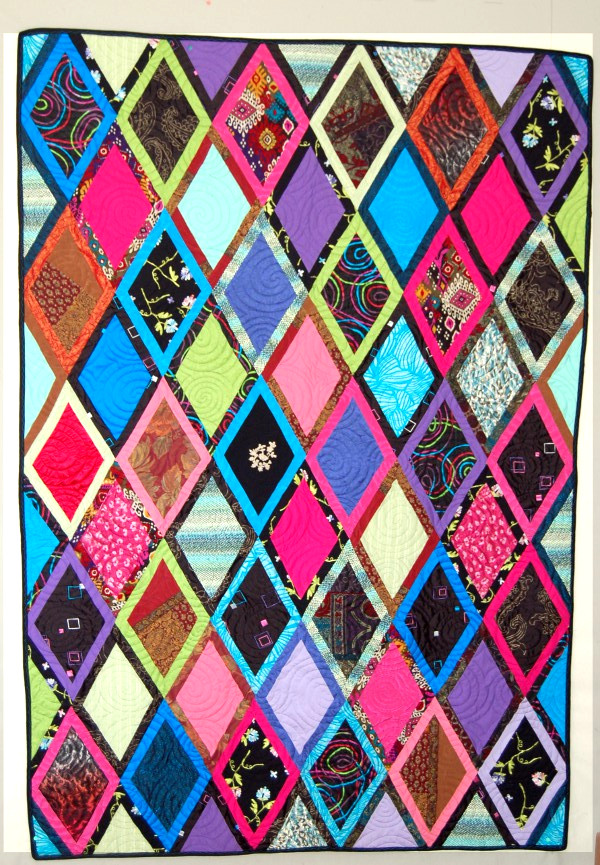 Double Diamond Bereavement quilt made from mother’s clothes for son

Unless my customer doesn’t want a label, I always include one.  I think it is an important final element to the quilt. 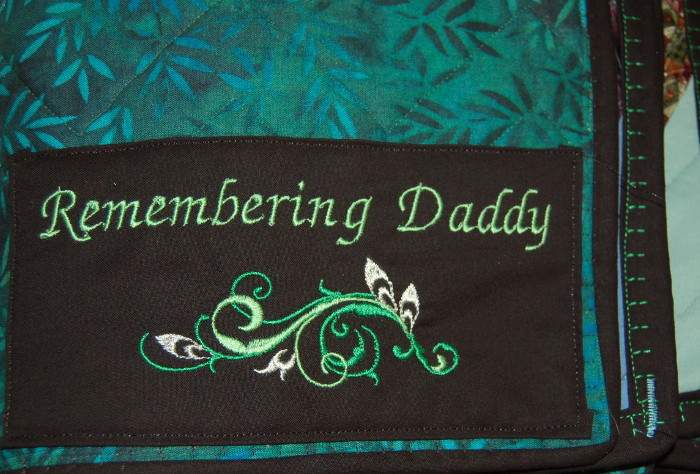