What’s Different about a Bereavement Quilt?

I live in the Northwest where I make bereavement quilts predominantly. I fell into making them by accident when I helped a customer finish a bereavement quilt someone else had started but was unable to finish. Gradually it became my major focus, and I discovered I loved making them. Many regular quilters don’t want to bother with clothes, no matter how skilled they may be. But I enjoy the variety and challenge. I like working with different types of fabrics.  It’s exciting to oversee a bunch of clothes magically become a quilt, but most of all I love being able to help folks when they most need it.

Most new customers want to know what the process is for getting their quilt made. The first aspect is getting the clothes of their loved one to me. The rest is merely a process. Getting the clothes chosen, packed and shipped off can be an incredibly difficult task. For some it can take years. I wait as long as it takes.

Once I get the clothes, the process begins. The quilt at the top of this blog was the second quilt I made for Bob from his brother’s amazing Hawaiian shirts. The first one was for his brother’s wife (see below) The one at the top I later made for him. 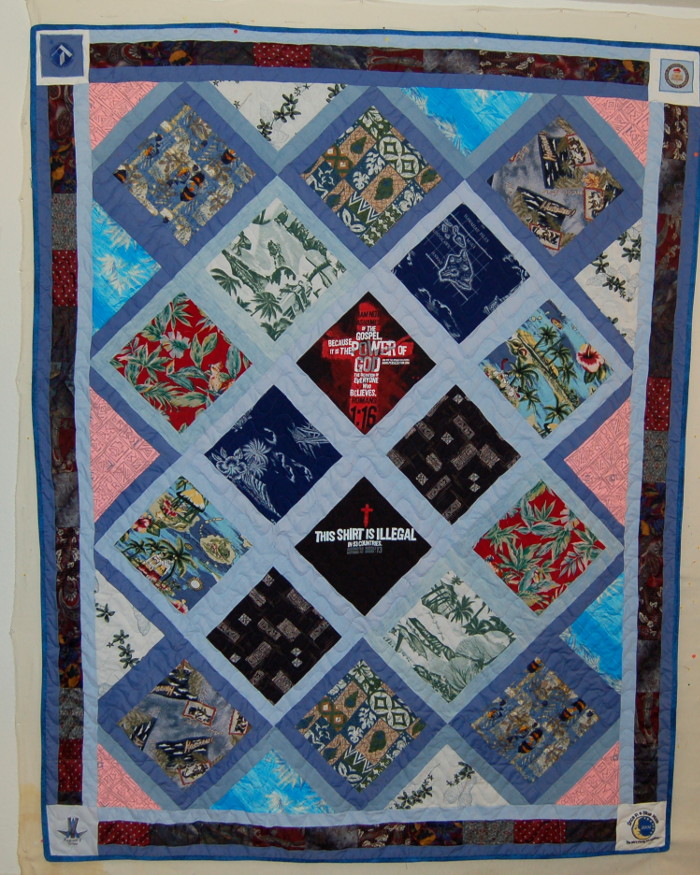 Bereavment quilt made for his wife using husband’s Hawaiian shirts

I usually design my quilts using a software program (Electic Quilt 7). I make one or two mockups of designs for customer’s approval. The one below I sent to Bob, which he approved. The design was similar to the one I’d already made for his sister which he had liked. 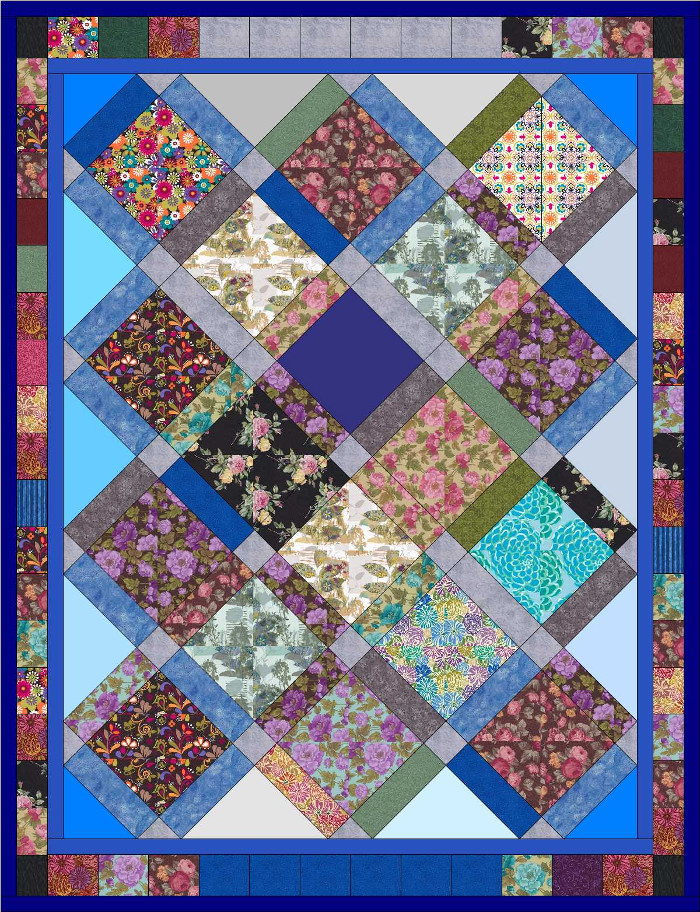 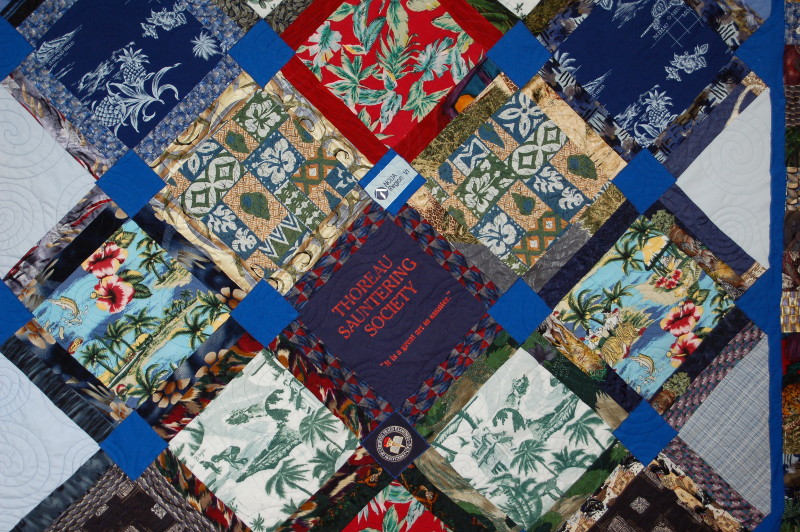 Once the mockup is approved and I’m ready to got forward with the quilt, I construct the top – the patchwork – and then add whatever type of border the quilt requires. In this case I wanted to rim the quilt with tie swatches.

And finally I quilt it. But before this last process is possible I must choose a backing. Sometimes the choice is left up to me, other times the customer chooses the backing themselves, but often I’ll give the customer a choice from backings I have on hand. Below is one of Bob’s choices: 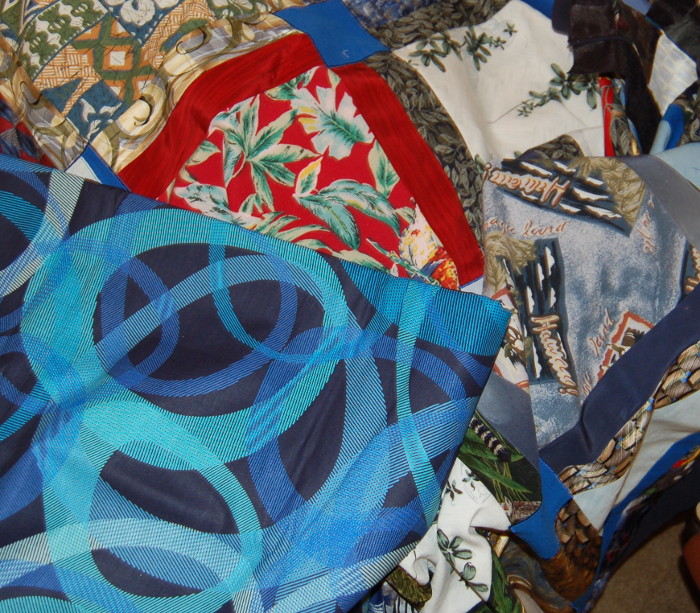 Once I have the backing, I quilt the three layers using a batting of my own choice on my Millenium long-arm quilting machine. I bind the quilt, sealing it with an embroidered stitch, label it and have it delivered to the customer. In Bob’s case, he didn’t need a label. The label below is one of my most popular requests: 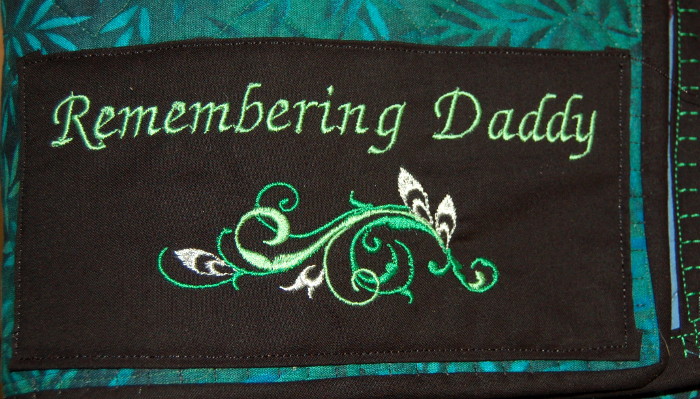