After Jason lost his beloved son Wyatt in a tragic swimming accident, he wanted to help his family grieve. He asked me to make four quilts out of Wyatt’s clothes and sent me four boxes, each with its own chosen clothes. The first one was for Wyatt’s grandmother which is shown above. The next was for Wyatt’s mother Amy, then one each for his two younger sisters. 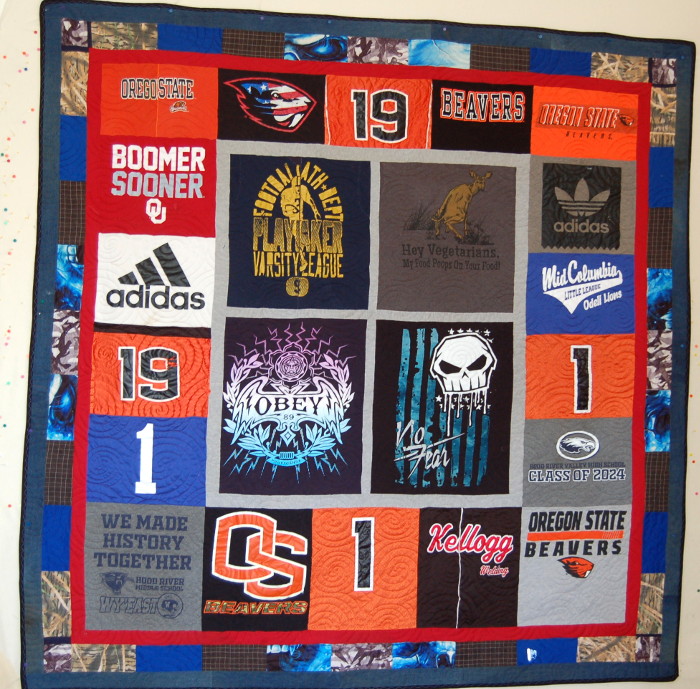 I used a similar layout for each quilt, arranging the logos of his t-shirts in the central portion. The borders were dotted with swatches of the other shirts picked for each person. 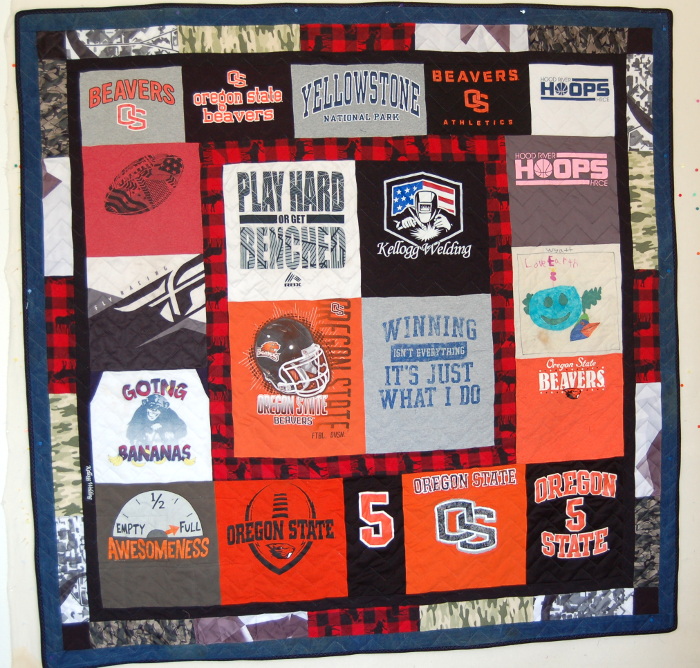 Leona was only nine years old, very young to lose a favorite older brother. No doubt it helped to have her very own quilt. Her little sister Braylynn was almost too young to understand the loss of a brother, but she too now has her very own quilt. I altered the pattern for Braylynn, trying to make it as cheerful as I could.

After finishing all four quilts for Wyatt’s family, I thought Jason needed one of his own, admittedly made from the scraps left over from the other quilts. I think he liked his quilt. 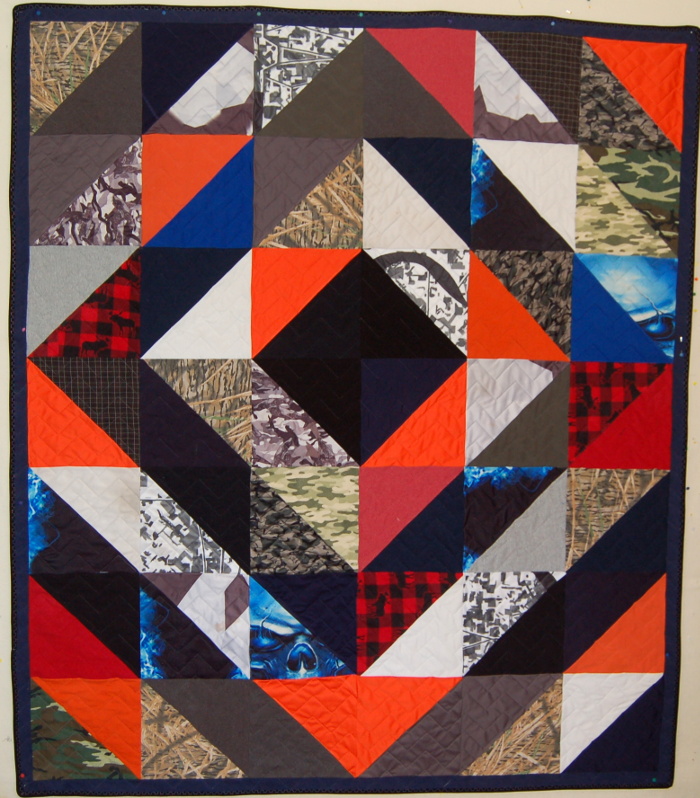 This particular quilt seemed to be a fitting quilt for a father who had enjoyed hunting and hiking with his son and who was so thoughtful as to provide all the others with their very own quilt. There is nothing that can relieve the pain of such a terrible tragedy as losing a child, but quilts do offer a bit of comfort.