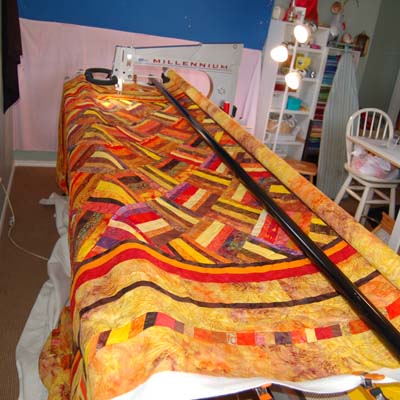 After making the Mariner’s Compass quilt (see March 15 post) and the Rain Forest Quilt (see March 14 post), I had built up my confidence when it came to my professional skills. At the time I had no plans to start my own business but two things changed all that.

First, in November 2006 my lovely husband announced that he was leaving to be with another woman, a wealthy client of his who had taken a liking to him. I responded to that shock by going immediately into Retail Therapy. Eight weeks after Wayne left I saw a gorgeous APQS quilting machine, liked how it felt when I quilted on it (for about five minutes), noticed I had a credit card that had nothing on it but a high amount of available credit, and bought the machine you see pictured above.

I looked at it this way. I could go into therapy twice a week for a year, or I could buy a machine that would be loads of fun to use, would be helpful in earning money in my retirement, would make quilting much easier and much more professional, and would eventually pay for itself.

I had salivated for a longarm machine, hoping one day to be able to afford a $3,000 one, which would be a machine only a bit better than my regular sewing machine.  Instead I got this beauty, which will easily quilt a king-sized quilt in a day. 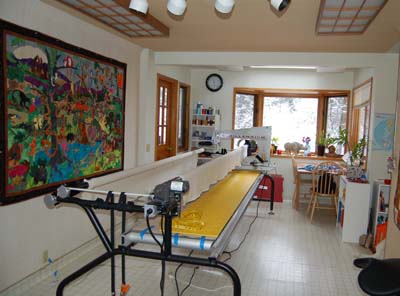 Anyone out there ever done that before?

The rain forest quilt was the second quilt I quilted on the longarm. It is entirely custom quilted. 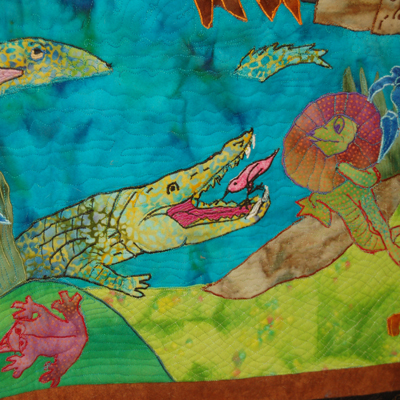 Although I had a lot to learn about tension problems, needles and such, this quilt was a joy to quilt, since whatever I did wrong blended right into the rain forest!

The second thing that helped me start my own business was when DuPont Engineering where I had worked for seven years closed its doors and was sold to Interface Engineering. Soon after that the corporate world and I parted company.  I already had my APQS longarm machine, I had a serviceable sewing machine and had been collecting my stash for years. Below is just a small amount of it: 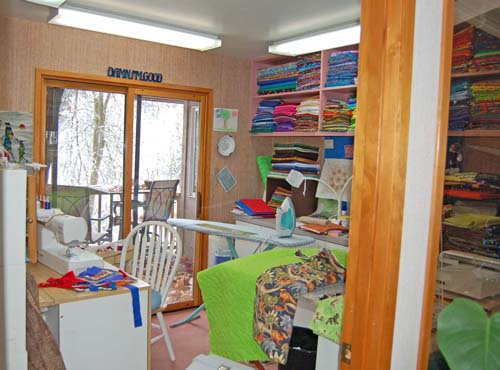 Since I’m telling you about my machine, I ought to mention a few years after I purchased it, I almost lost it. 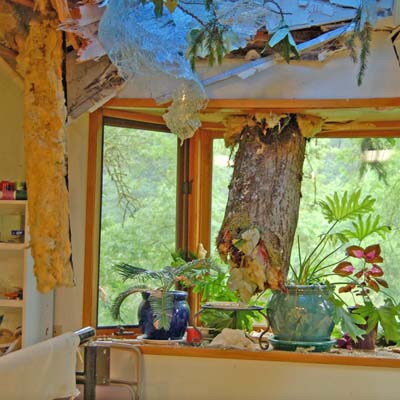 A freak storm came through the Salmon Creek area and lightning hit a large tree above my house, splitting off a limb which bounced and split again, sending a missile of a limb right through the roof.

I was lucky as no one was hurt and little was damaged except a bit of structural damage,but my 5-month old puggle was scared out of his wits. Below is what the skylight over my longarm machine looked like the next day. 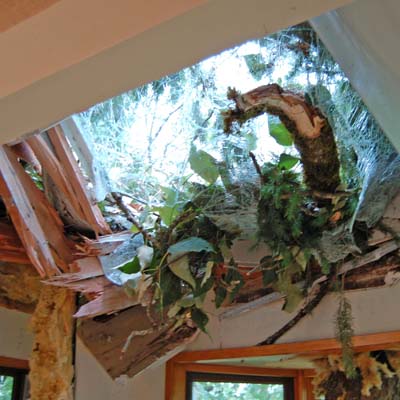 And this is what my longarm machine looked like: 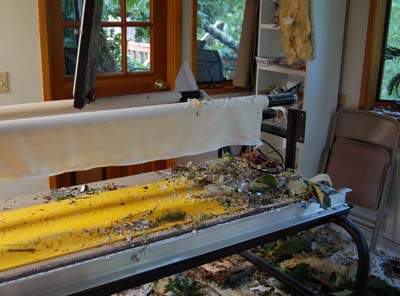 There was a tiny bit of damage to the machine and a lot of cleaning up to do, but I was very lucky.  It works well, as you can see. To facilitate my quilting, I purchased a number of Circle Lord templates, which have greatly increased the accuracy and range of my quilting. Luckily they are made of hardy plastic and were not hurt during the invasion. 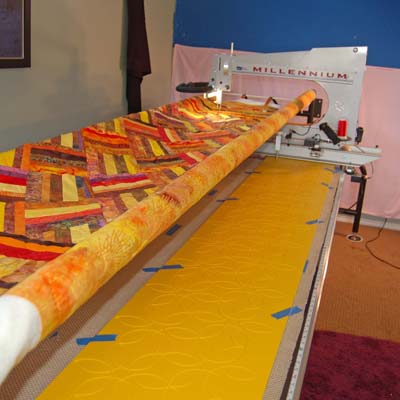 The Circle Lord fits on the table and a stylus (seen at top of picture – the small white object) fits into the grooves of the template. The needle follows the grooves as you work your way down the quilt.

Below is the APQS longarm machine today, it being the only furniture in the living room at my present location in Vancouver. It is holding a new batch of clothes for my present project. Before too long they will be reincarnated into a bereavement quilt ready to be quilted on this lovely machine. 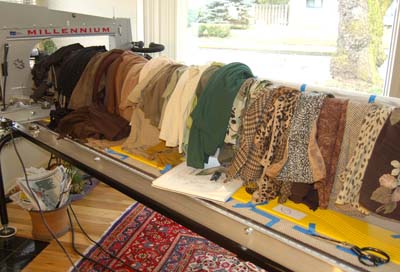