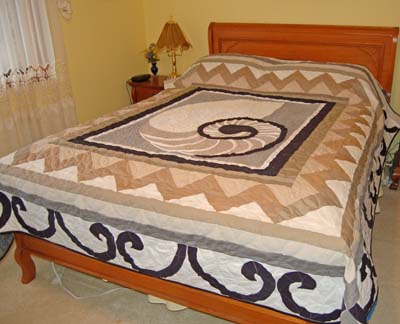 The quilt above is the fifth quilt I made for one family who lost their beloved husband/father two years ago. I was commissioned to make full-sized quilts for the young children out of their father’s shirts and trousers (see previous posts under Bereavement Quilts) and also smaller ones that the kids could use today.  Their mother wanted a queen-sized quilt for herself, and since most of the colorful shirts had already been used, I decided to make this one out of the remaining white, gray, black and tan shirts. 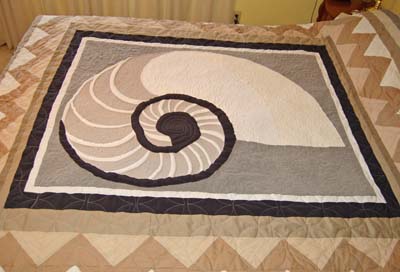 Using extra batting under this section of the quilt, I quilted excessively on the gray areas which puffed up the white edges and gave the quilt a three-dimension trapunto, which delighted my client. 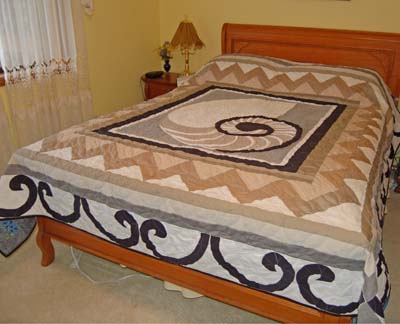 After adding various borders to extend the size of this medallion quilt, I ended with a border made up of curves that followed the dimensions of the golden ratio.  For those of you who don’t know what a golden ratio is, I’ve included below this simple explanation from the website “Math is Fun” (http://www.mathsisfun.com/definitions/golden-ratio.html).