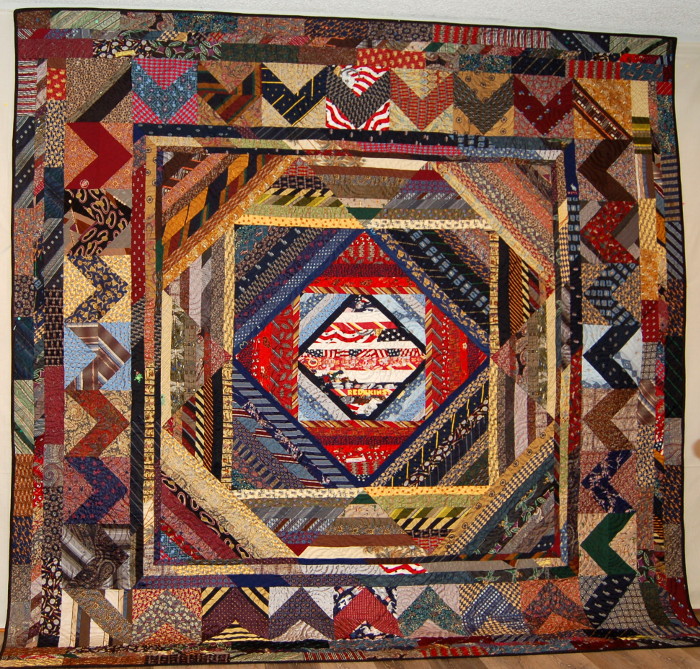 I received 140 ties from Tom, pretty much his entire tie collection. He was retiring and decided to put his ties to better use than sitting in a box. He left the design up to me, wanting only to have last approval. I found the perfect pattern for a king-sized quilt and Tom liked it. The idea for the quilt was borrowed from Kaffe Fassett’s Quilts in America, a book inspired by vintage American quilts. The original quilt didn’t use ties, but cigar silk ribbons. I thought it would be perfect for a tie quilt.

Story behind the Red Ribbon pattern

In the 1800’s American families of means prized their cigars, which came bound with silk ribbons. Women collected them for use in various ways, the most popular one was in a quilt. One pattern was so popular that pictures of quilts made with this pattern are readily available on the web. Each quilt was different as the lovely silk ribbons used to wrap the cigar vary in color. While yellow are the most prevalent, other colors were available.

Kaffe Fassett turned this unique antique pattern into a lovely design called Red Ribbons. As you might guess, he uses primarily red fabrics in his design. It looked like a great pattern for a tie quilt, as ties in many ways are elaborate ribbons. I followed Fassett’s instructions to a tee. Needing a king-sized quilt, I designed borders to enlarge the quilt.

The pattern is similar to the Japanese nesting dolls, in that each tier encloses the one before it.

The next two tiers were constructed in a similar fashion, each tier encasing the diamond within it. 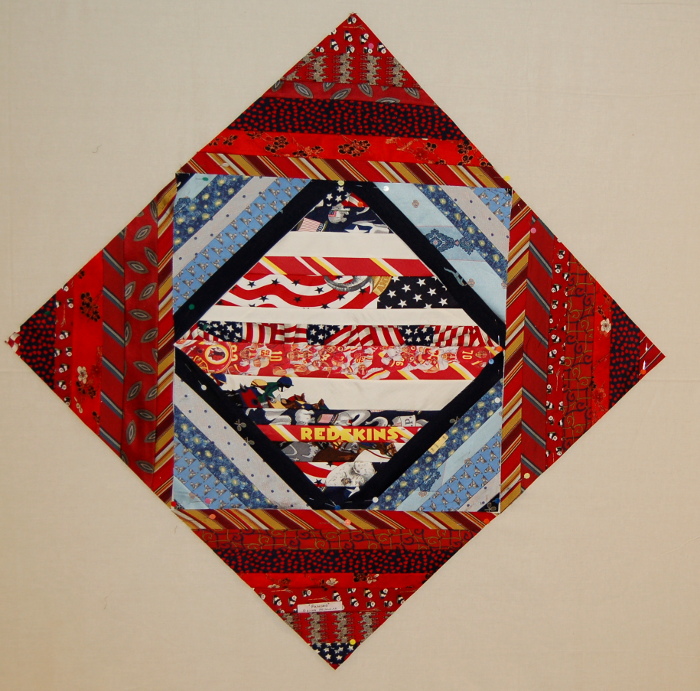 I think I could have stopped right there and had an interesting wall hanging. 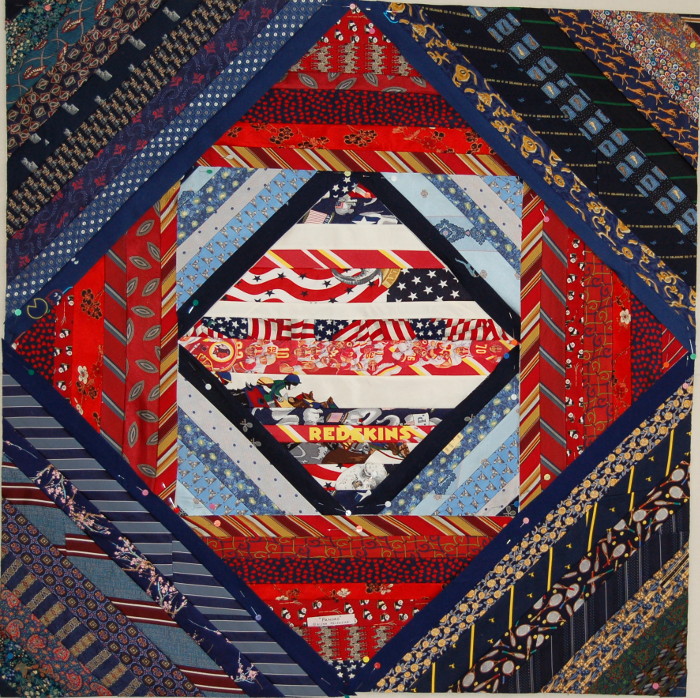 Making this quilt would not have been possible without the wonderful range of color Tom’s collection displayed. Not only were there both beautiful contrasting color schemes but the overall collection had a cohesive quality that allowed the colors to blend perfectly, saving it from being a mere collection of different ties.