As soon as I opened Rene’s box of her husband’s shirts, I knew I’d be making a very colorful bereavement quilt for her. Often my customers have no particular pattern in mind, but Rene did. She wanted a large wheel made with slices of his beautiful shirts. It was obvious that her husband had been a clothes horse who owned a number of lovely silk shirts. 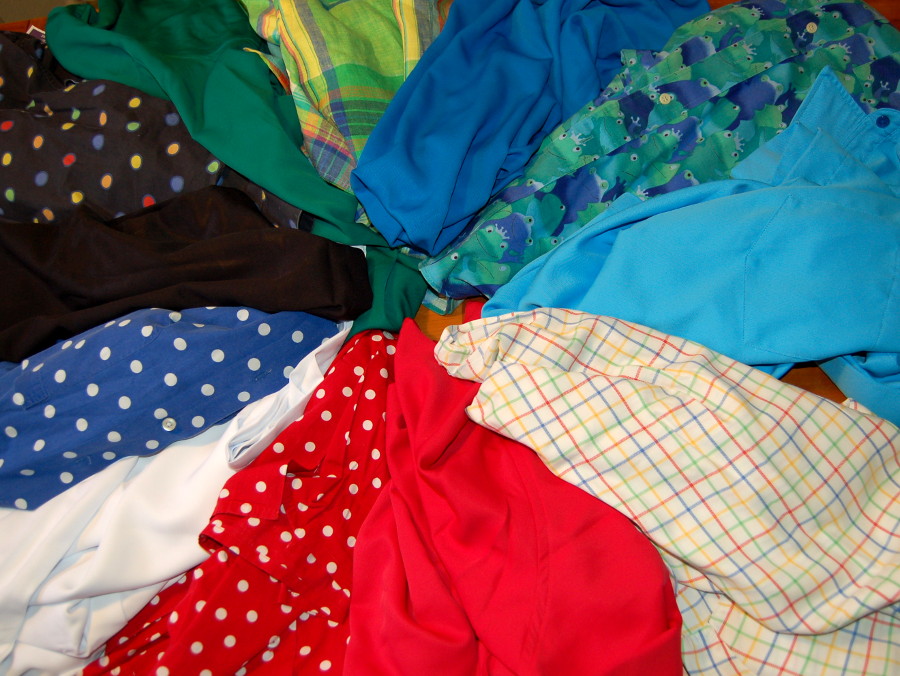 Rene wanted all six plain colored silk shirts used in the wheel.  Her favorite was the cobalt blue, which she also chose for the center. From the selection of beautiful shirts I chose twelve complementary colored shirts, including the green and blue one featuring frogs. Rene was especially fond of that shirt because she and her husband thought it looked as if one of the frogs was ‘giving the finger’. 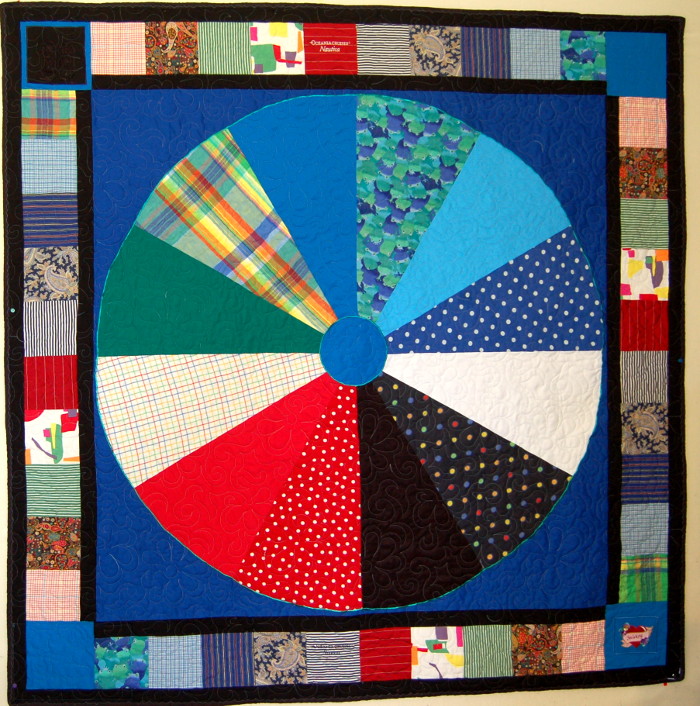 We worked together to achieve the look she wanted, going through several iterations until we were both happy with the result.  Making the wheel called upon my drafting skills (such as they are) because I had no pattern for the wheel, which was quite large.  Because it wasn’t feasible to use a prefigured pattern from my EQ7 software, I literally went back to what I learned in grammar school. The pencil and string trick to make the initial diameter worked just fine. I made the spokes using an old tried and true method (keep trying until you get it right.)

To add interest to the border and meaning to the quilt, I used swatches from each of the other shirts to ring the quilt.

Using words of Rene’s choosing, I embroidered a label which I attached to the back, using Rene’s nickname for her husband – Snickey. She loved it. 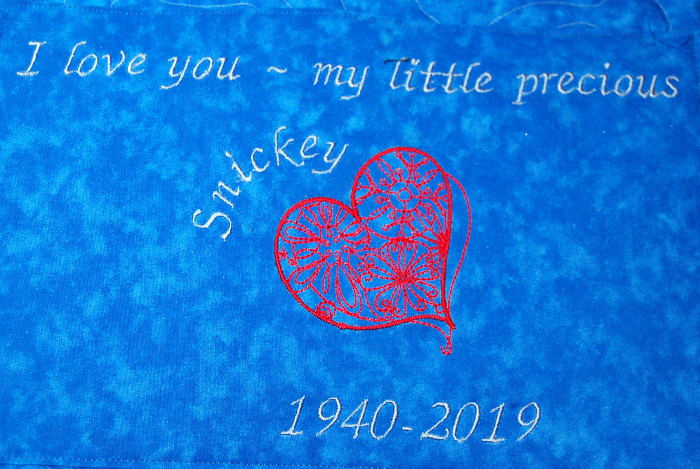 However, I also added an adornment to the front corner. 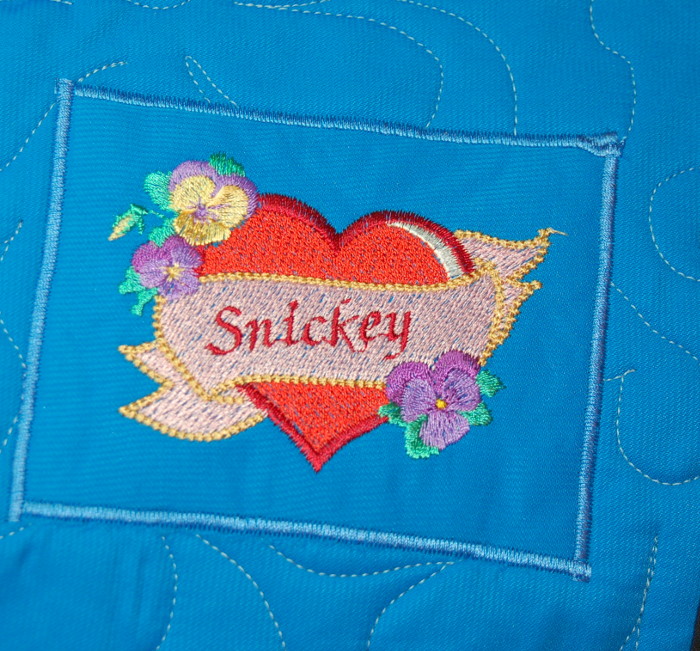