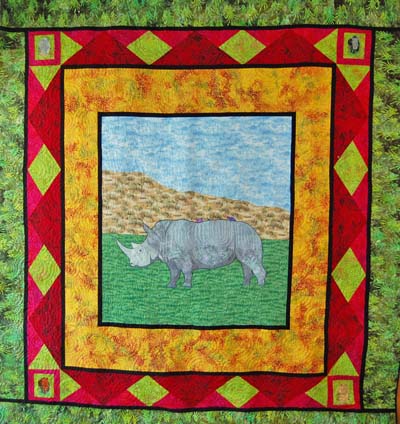 I chose the name for my company based upon my name – and the fact that I didn’t want anything cozy or cute and Rhino Quilting fit the bill. Imagine my surprise (and delight) when I got a request for a rhino quilt. This lovely lady had a friend who loved rhinos, white rhinos to be exact. She didn’t want the quilt to be cartoonish – she wanted it to be realistic. She wanted the rhino to be large and the colors used to be bold, preferably reds, greens and yellow. This was to be a surprise birthday gift for her friend.

What a great commission! I had so much fun choosing the colors, deciding that I wanted them to be a little exotic, with shades of Africa or Asia, possibly batiks.

Although I knew nothing about white rhinos, after a little research I found out that they weren’t white at all but that the name derives from the Dutch “weit,” meaning wide, a reference to its wide, square muzzle adapted for grazing. They were actually shades of gray. So I shopped for mottled shades of gray fabric. 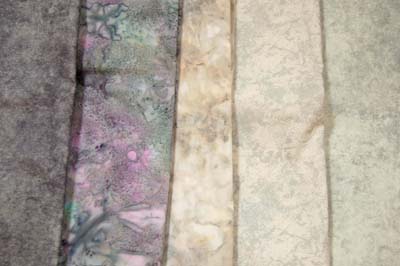 I was delighted to find fabrics with designs that looked like the grasses and hills I imagined these creatures would inhabit. I had figured that blue sky fabric would be easy to find and it was. 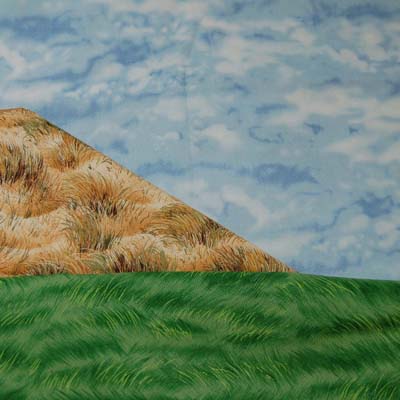 I found the perfect picture of a white rhino. Apparently the white rhinoceros has a noticeable hump on the back of its neck which supports its large head: 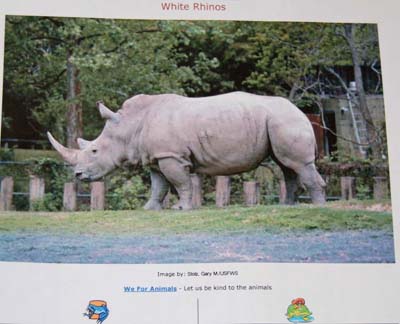 Using it as my guide I first drew a huge rhino then appliqued him onto a plain background using the three landscape fabrics as my palette. 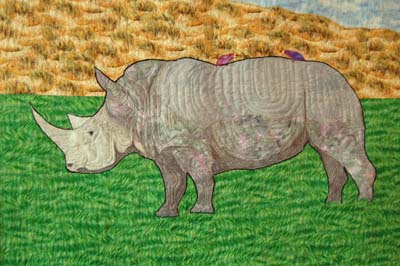 Note the little red-billed oxpeckers on the back of the rhino.  They eat ticks that exist on the rhino and warn the rhino of danger by their noisiness. 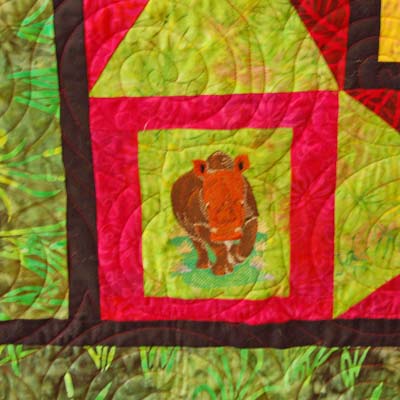 In each corner of the quilt, I added an embroidered rhinoceros. At the client’s request, I also made two matching pillow shams, which also had rhinos in two of the corners. 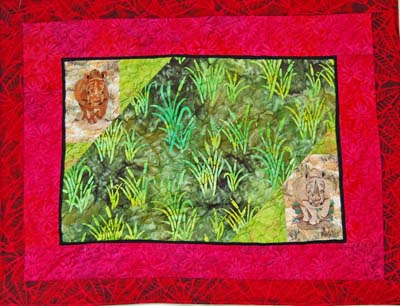 The picture below shows the circular pattern of quilted swirls used on the borders. The central rhino picture was custom quilted. 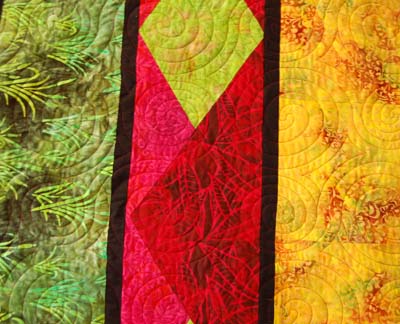 I used a matching red fabric for the back since this quilt was to be used on a queen-sized bed. 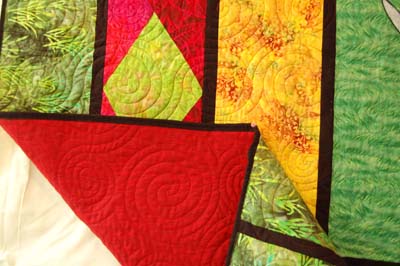 Again, here is the finished quilt. I was told that the friend absolutely loved this quilt! 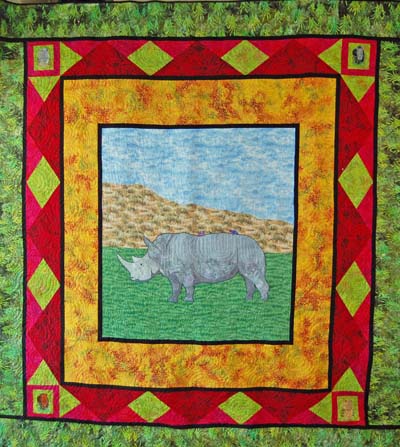 I look forward to making another rhino quilt someday. After all the rhino is my mascot! 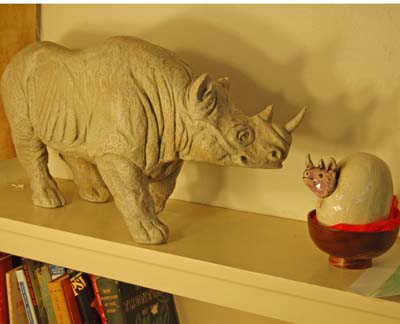 My mascot is shown here with her baby rhino hatching from an egg (a wonderful gift from an artistic friend with a great sense of humor who created this cut little guy in her ceramics class). 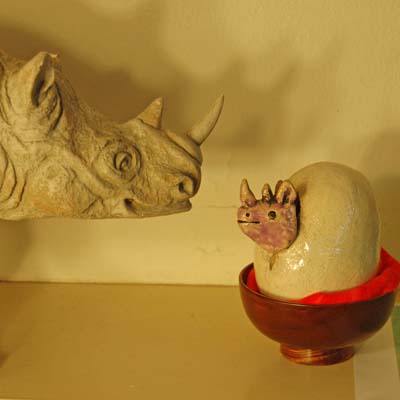